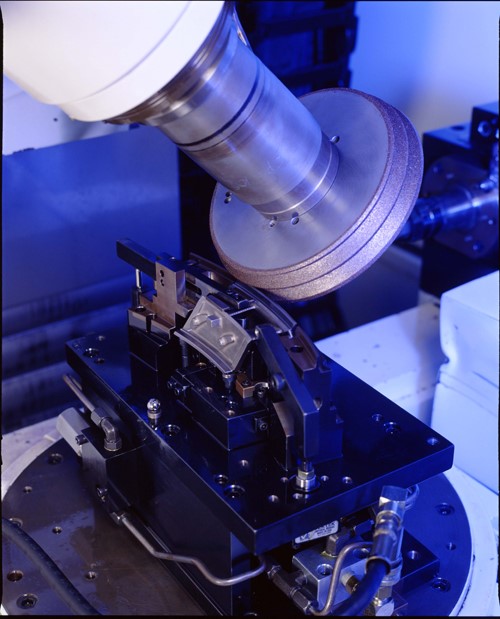 When it Comes to Electroplated Wheel Grit size, Coarse is King

In 1992, a Presidential candidate adopted the campaign slogan, “It’s the economy, stupid.” That phrase was meant to remind this politician’s campaign strategists of the single most important factor, he wanted to put in front of voters – the state of the economy. Since then, several industries started using that phrase to describe hundreds of things by swapping “economy” with another word.

When picking the best plated wheel for the job, “It’s the grit size, stupid”, would be just as appropriate and true. Surprisingly, however, most people get this critical component wrong.

In grinding, its vitally important to use the coarsest grit possible commensurate with finish and geometry requirements. Why? It's simple – because coarse grit wheels cut faster and last longer.

However, most professionals when choosing a grit size for their precision wheel application, refer to a generic grit size/finish chart. These charts are always very conservative and do not take into consideration a whole host of application parameters affecting finish. As a consequence, you end up with a finer grit wheel that works, but isn’t nearly as efficient or productive as it could be if you had gone coarser.

How to remedy this situation? Check the finish you’re getting with your current wheel.If it’s better than it needs to be, go coarser. Changing to even one grit size coarser can increase wheel life and cut rate by 20-50%!

So, don’t be stupid! Whether you need a stock wheel or a custom grinding wheel, save money and run your superabrasive wheels more efficiently – Go Coarser!